Ever walk by a mirror at night and swear that you've seen something a little extra in your reflection? How about one of those late night walk to the fridge for a drink and as you brought that glass to your lips a tingling sensation shot up the back of your neck and instantly you felt as though you were no longer standing alone. Then there are always the odd movements and shadows you catch out of the corner of your eye. Some experts believe that these occurrences are simply mental manifestations – your imagination getting the best of you. Then there are the believers like the cast of Haunt ME who have accepted that we are not alone and have decided to do something about it. We caught up with Haunt ME’s Ty Gowen and decided a perfect place to learn of his service and conduct our photo shoot would be in Portland’s Evergreen Cemetery. 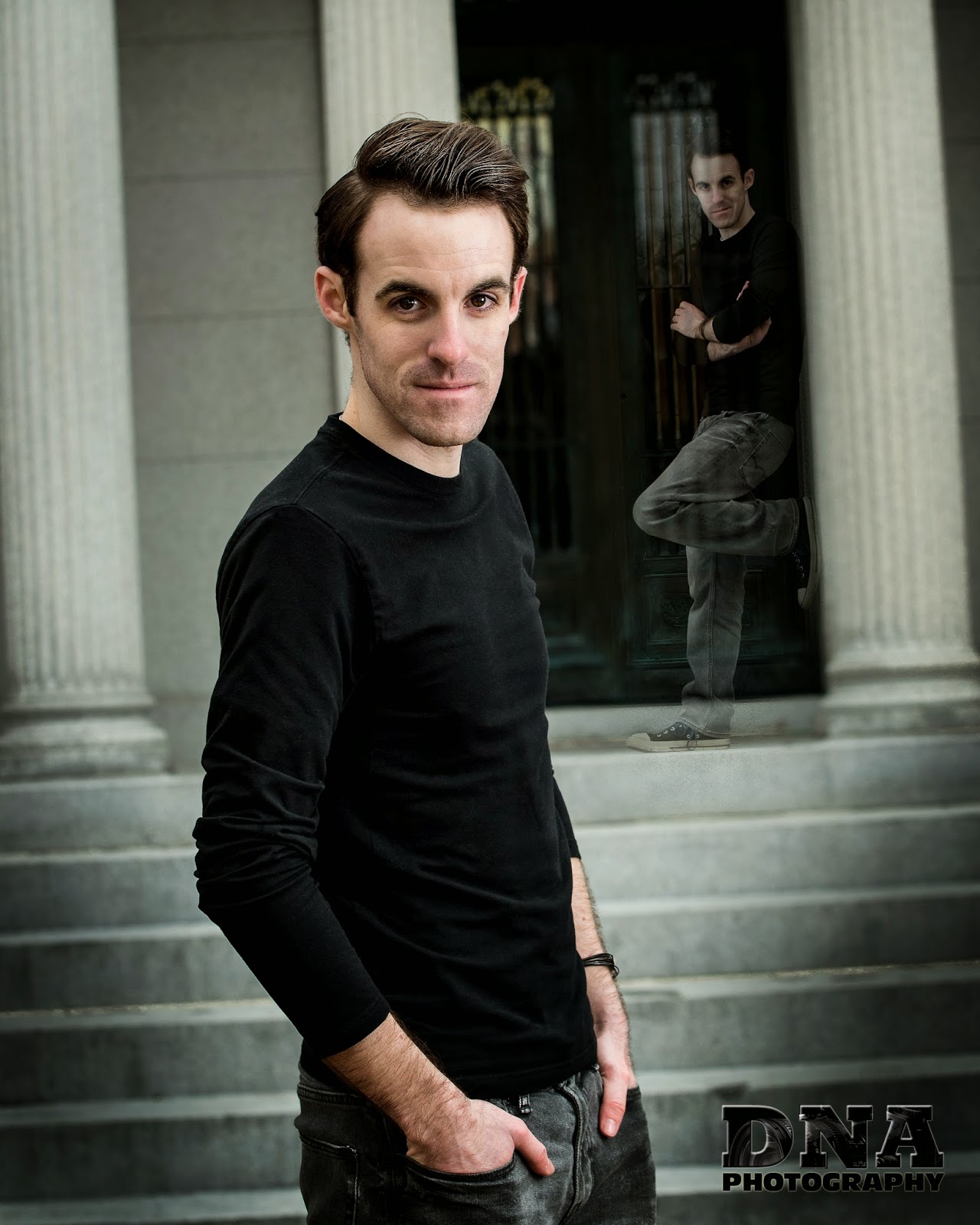 Growing up Gowen had a few paranormal experiences which confused him a great deal. “I didn’t have the tools to cope or explain what had happened,” he shared. “No one I knew talked about the paranormal back then – it was a huge taboo.” Unable to share his events Gowen felt guilty for retelling his unique moments. “This wasn’t anyone’s fault,” he said. “Ghosts just weren’t something anyone ever talked about.”


This started to change as television shows like Ghost Hunters grew in popularity. “Shows like that showed me that other people had unexplained stories as well,” he said. “I devoured these shows for information and pairing this with my lifelong drive to explore the unknown - I grabbed my flashlight and headed out into the dark.


While on his journey to flush out the answers he so desired, Gowen met up Ashley Brooks who had also experiencing paranormal encounters. They teamed up with a group of friends and formed Haunt ME. The group was drawn together with a common desire to record their adventures of haunting activity and share it with the world. They wanted to do it right so they brought on friend and NYU graduate Nick Nordfors to handle their video editing needs.


After the team was assembled they turned to www.entertainmentexperiment.com to help air their program. Since then the team has not looked back and have just aired their second season. During their first two season they visited 12 locations in Maine.


Reading the above one may ask – how does one determine if a place is haunted and in what ways does this crew determine if paranormal activity is or has happened at a certain location? Gowen took some time and explained a few of the tools his team uses to track energy in the areas they investigate. The team uses their findings from the investigation, mixed with the accounts of third-party encounters, and then determine whether the energy of an area seems to be a residual or intelligent behavior. From there they rank the venue on a scale of 1-10.


When asked what he does on the team he said that he is an “audio evidence analyst.” His specialty is reviewing the audio captured during haunts he records all night. He then tries to isolate any possible EVPs (electronic voice phenomenon) that he might have captured. “However, nothing about ghost hunting is an exact science, and no matter how confident you are, every once and awhile you can get sidelined,” he said. “This happened to all of us in Season 1, Episode 6 (Two of Swords). We had no warning of what was waiting for us there, and we got rocked.”


DNA Photography looked into how many ghost services are actually offered in the state and we  were unable to find many listed. which would lead one to believe that such a rare service could get bogged down with requests to inspect supposedly haunted locations. “We get contacted by people with haunted locations that they want featured more so now than when we first started. A lot of our favorite cases are the ones we hadn’t heard of, or are less notable in the press,” Gowen said. “We screen our locations based on filming requirements, history and claims before we investigate. We want to make sure our viewers enjoy watching us investigate as much as we do performing them.”


For their second season the crew invested more into their filming gear so to help produce a more professional show. “There are stationary infrared cameras that record all night, we also have the crew follow us around with handheld infrared cameras,” Gowen said. “Each investigator is now individually mic’d so we can capture every gasp and scream too.”


A pair of Gowen’s most memorable investigations were when his crew received permission to “delve into the Biddeford Textile Mills and traveling north to Fort Knox,” he said. “Both places are venues that I never dreamt of having after-hour access too.” Gowen truly enjoys the rich histories of some of the locations they have visited and is often found awestruck standing on the grounds where so many have passed before him.


Being familiar with reality shows DNA asked Gowen how much embellishment is performed by the crew as a means to "play up" to the camera. Gowen insists that no such thing occurs with his team. “What you see is what you get,” he said. “We need to have a real trusting relationship with our viewers. We’re asking a lot of them to believe us and what we encounter so embellishing at all or faking evidence would absolutely break that bond.”


Gowen’s duty is to capture experiences and deliver some kind of tangible evidence for those who are curious about such things. “The reasons spirits try to contact us varies widely from reassurance to guidance and even sometimes for malice,” he said.


Before we close this profile DNA Photography wants to help explain the difference between a residual and intelligent spirit.


A residual haunt is when there is left over energy in a place that moves and acts as though it is going through a repetitive motion. “It’s like if you listen to a song on a record too long and you wear a grove in the vinyl,” Gowen explained. “An entity has engrained itself in the fabric of reality playing out the action over and over again. You can’t interact with these hauntings as they are just left over energy.” Gowen’s best example of this kind of haunt is when a bone-chilling scream continues to reoccurs at 3am in horror movies.


The second type of haunt is an intelligent haunt. These are Gowen’s favorite for it gives him the chance to actually interact with a spirit in some way or another. “We are lucky enough to have been able to do this a few times (on the show).”


For more information on Haunt ME’s internet broadcast visit www.haunt-me.com If you have questions about the paranormal and/or want the team to consider a location to investigate, you can email hauntmeofficial@gmail.com. They will see if a visit is possible during the filming of their upcoming third season. The crew doesn’t get paid for its services but welcomes donations to help pay for needed upgrades to their technology.
Posted by DNA Photography at 8:38 PM

DNA Photography
A mix of story and science, DNA Photography promises to deliver a product that can be cherished a lifetime. We are always attempting to push the envelope and try things that are not typically conventional. With more than 10 years of photography there is little we haven't seen and even less that we haven't tried. Let us help you tell your story in a style that fits who you are. We are DNA Photography - storytellers with a flash!